In her new book, Shifting the Silence, the Lebanese-American poet and artist, Etel Adnan, now 95, meditates on aging, grief, and the universal experience of facing down death. 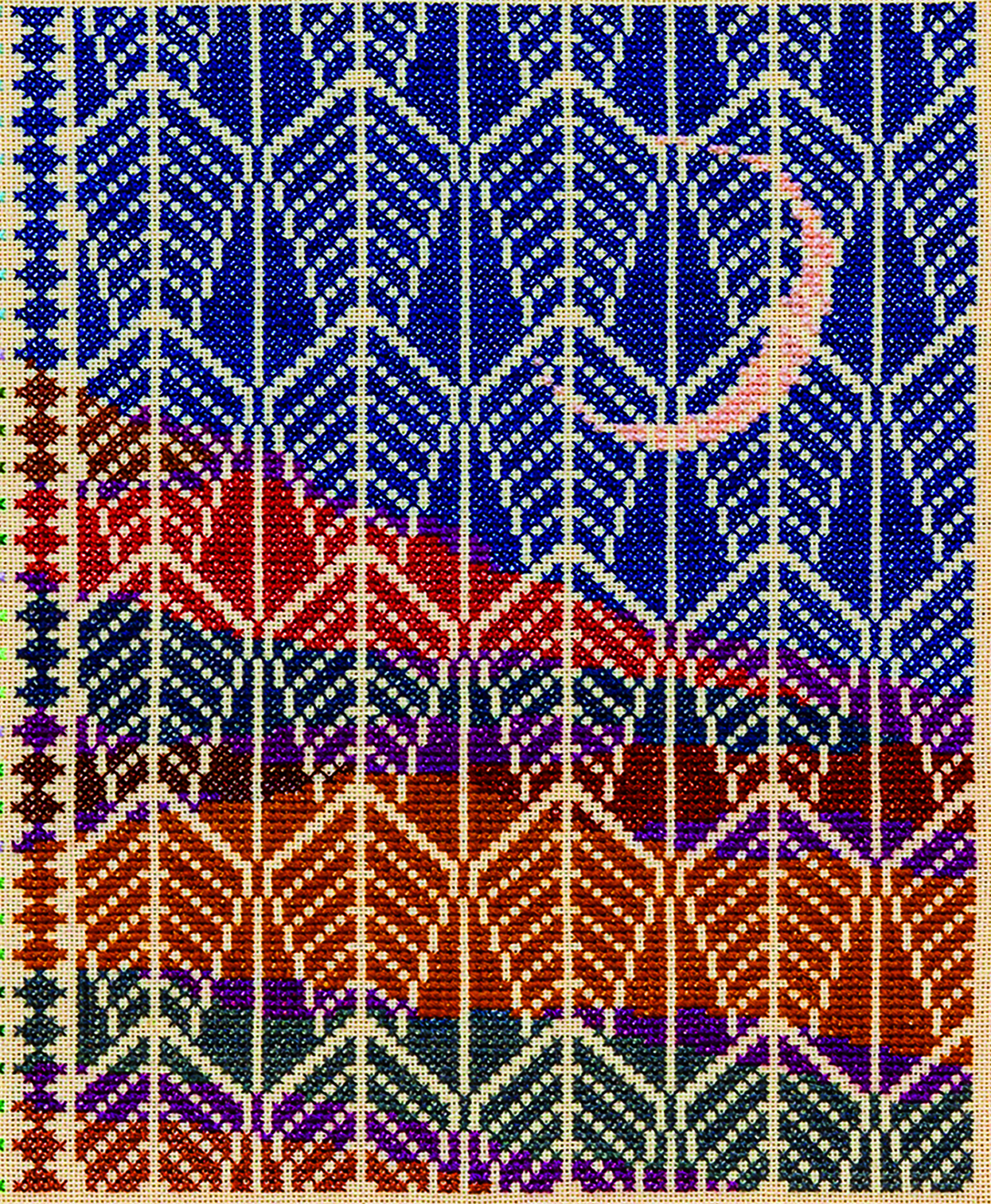 In her new book, Shifting the Silence, the Lebanese-American poet and artist, Etel Adnan, now 95, meditates on aging, grief, and the universal experience of facing down death.

As a child, I used to dread the time between four and six in the afternoon. Nothing changed. Four o’clock remains a fatidic hour, four in the afternoon, four close to early morning, the poles of my private time.

It’s gray outside, stormy. I am looking at the ocean, it’s some ten yards away, I wonder why its tide stops at a certain point, why it doesn’t enter my apartment, but I have to live my limitations, so I think that the ocean too has its own destiny.

There’s a pale yellowish band above the horizon. Why does a horizon exist? To lift my spirit? Why does a volcano surge in my memory, an old volcano whose slopes have been taken over by plantations of banana trees? It links me to a small garden in Beirut where two or three trees were short and the bananas heavy. At this very moment that memory is painful, my arm vainly wanting to reach them. They leap across the years. If you wait enough, you may go back to that garden in one of your lives.

Mountains and thunderous rivers belong to a few cells in my brain, or to some corner of paradise. Tonight, for the first time in my own experience of this harbor in Brittany, a large band of fog from west to east underlines the horizon…I must have been homesick for fog, and it arrived!

I lately learned a lot about the tides. The ocean is not just advancing and receding; it’s responding to rhythms within its rhythms, frequencies, symmetries, accelerations…it’s an organism with a complex and regulated system of breathing, with ways of life dwarfing those that govern us. The ocean is used, and misused, while it’s utterly unknown.

Thinking of all that, I fell on a program concerning the planet Mars and projects envisioned for it by a European space agency. The pictures of Mars’s surface brought me back to our oceans, but the film was made with a brown coloration that created the feeling that we were facing deserts. A special strangeness pertains to that planet. I have seen in Bloomington, Indiana, some 20 years ago, under a special microscope, a little piece of soil brought back from Mars, and I saw irisations foreign to anything I had seen on Earth. And the same is true for the rock formations and soil configurations that cover that planet. When we land there we’ll be utterly disoriented. We’re in dire need of that.

It’s dark in here. There are a few distant lights, making us aware that we’re living by night. In silence.

In silence, in the dark, the tides shine, get slippery, their fluidity turns them into a mirage. There’s a persistent hum to the ocean that translates into a back-and-forth movement of our body. Walls disappear and new visual formations invade the imagination. One is not in the usual dimensions. Sleep belongs to the past, and the hours too. Luminosity enmeshed with darkness makes us cross over new territories. You move into galaxies in a few seconds, space-time becomes just a game.

Thinking is dimmed when familiar forms of reality disappear. This is not a loss. Long periods of inner silence favor clearings, they let the light in, the flooding, the blinding, the bedazzlement. We need spaces for the reshuffling of new cards, need to be nowhere. Thinking doesn’t always come from preceding thoughts: I suspect it’s always being born, even when it seems related to the past.

Tomorrow I’ll move out of here, which means I will live with no horizon in sight, I will not lead my days according to the tides, the sky will not enter my room, and my headaches will return. Then, why am I leaving?

Have we lost our autonomy, from conditioning to conditioning, have we become prisoners of webs, cobwebs, tightening circles that make us respond in predictable ways to the situations we face? Is becoming a robot our own end?

I took a train and went through immense plains of a golden hue. The land looked soft, marked here and there by rows of trees. The TGV was roaring. Reluctantly, I reached a city I didn’t care for. Have no heart for such a place. But where’s my place? Still looking for one, it seems. But I loved so many of them, so deeply. Delphi comes to mind, Mount Tamalpaïs, for sure. And what about Beirut, and Damascus? I should come back on my statement; am looking for almost nothing. Too much of a past, too little ahead, but wait a minute, we always lived day to day, so where’s the difference?

There’s a loneliness to any ending, but we have felt even lonelier. We climbed peaks to get away from strange pains in the stomach, but we ran into other pains. The light is fading the way it did when we had to return from school, oh the despair children know and hide! I was afraid of the day’s end, now I fear the day itself. There were in-between years, but who I was has disappeared since.

Shifting the Silence is published by Nightboat Books, and is available for purchase here.