My Year in Books

Meghan Udell, a producer of the Deep Water Literary Fest, read over 120 books this year. She picks her ten favorites. 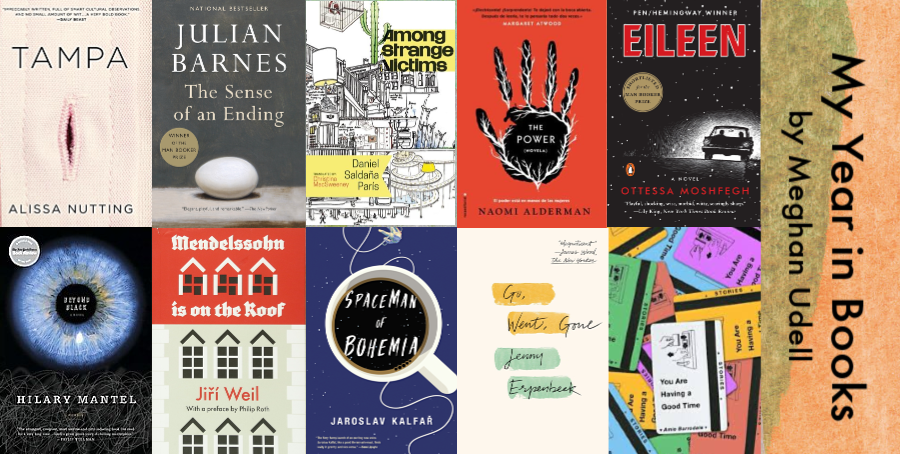 Last year, I was still reeling from the contentious political climate and wanted in some small part to counteract the attack on media, so I started with banned books, and ultimately I wanted to focus on stories that didn’t always end happily. My final goal was to read 100 books, regardless of whether a title had been deemed too subversive.

I read everywhere I possibly could. I read on the subway during my daily commute, and I read lounging on my bed during rainy Saturday afternoons. It became almost an addiction of sorts as I retreated into a well-constructed literary world, and I breezed past the 100 book mark in late August.

I still haven’t decided what my next birthday goal is going to be, or even if it’s going to be a literary goal, but these books below are the ones that keep lingering in my mind, drawing me back in.

The Power, by Naomi Alderman
This a book that confronts gendered power dynamics, and imagines a world in which women have an innate weapon lurking within. In what initially reads as a manifesto for the #MeToo era, Naomi Alderman crafts a world rife with violence and revenge, before quickly turning into a stark reminder about the universal fear of helplessness, and the repercussions of consolidated power.

Spaceman of Bohemia, by Jaroslav Kalfar
This charming debut novel explores how far one is willing to go to atone for the sins of the father. After a cosmic anomaly causes the sky to turn a brilliant violet, Jakub Procházka volunteers for an eight-month long solitary journey to investigate the cause of the purple hue. Leaving behind his beloved wife, Lenka, Jakub literally and figuratively hurtles towards the vast unknown with only a Nutella-loving extraterrestrial for company.

Go, Went, Gone, by Jenny Erpenbeck
It’s easy to forget what’s happening outside the borders of our own country, but Go, Went, Gone brings the refugee plight to the forefront and brilliantly tackles the moral issues of closed borders. With a central focus on privilege, a parallel path is drawn between the main character, Richard, a retired German professor, and the refugees he befriends.

You Are Having a Good Time, by Amie Barrodale
Barrodale’s collection of short stories, published in 2016, has the eerie sense of being written about someone you know, but it’s as if she has polished off her character’s shiny exterior to reveal a more raw, realistic person underneath. Her characters are most relatable in their foibles, and leave you with a strange sense of satisfaction, especially when the story doesn’t end happily.

Among Strange Victims, by Daniel Saldaña París
This is the ultimate psychedelic slacker novel, in which life isn’t something that one participates in, but rather something that happens to you. Rodrigo lives in a less than ideal apartment, the one perk being the abandoned lot next door, until one day he finds himself married to a casual work colleague, and a prolonged seaside honeymoon finds him lost in a time traveling hypnosis.

Mendelssohn is on the Roof, by Jiří Weil
Even in the worst of circumstances life marches on in this novel set in Nazi-occupied Prague. A parallel path is drawn behind SS Officer Reinhard Heydrich’s singular quest to remove a statue of Jewish composer Mendelssohn from the roof of the Prague concert Hall, and his eventual assassination en route to Paris.

Beyond Black, by Hilary Mantel
There’s something oddly comforting about a person who can communicate with the dead. How much more at peace could we be if we check in with our departed loved ones? The only problem is that people don’t magically become good once they die, and if there’s evil on earth, evil can come back as a deviant spirit guide.

The Sense of an Ending, by Julian Barnes
People have the extraordinary ability to rewrite their own history, twisting the facts to tell a narrative uniquely their own. But this book isn’t just a story about misremembering events, it’s a story about young love, intellectual hubris, betrayal, and our inability to look objectively at our shortcomings.

Tampa, by Alissa Nutting
From the moment you spy the cover with its wink-wink nod-nod to the female anatomy, you know this is going to be an uncomfortable yet salacious tale. In Tampa, Nutting weaves a tale of Celeste, a seemingly perfect middle-school teacher who harbors perverted fantasies of her 14-year-old students.

Eileen, by Ottessa Moshfegh
Eileen is a miserable 24-year-old woman working at a juvenile detention center in the 1960s. She’s a wholly unlikable character for whose demise you root. When a beautiful new counselor appears at the prison, you find yourself bracing for the inevitable disaster. Moshfegh doesn’t disappoint, but the disaster isn’t the one you would expect, as Eileen finds herself complicit in a crime of her own. 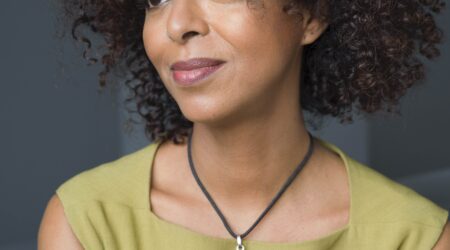 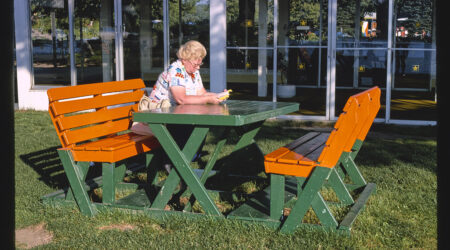