“People have notions of angels, that they look like people, Tito Papel had thought many times—and in many way this depiction of them is true—but what they never get right is their skin, which, with their tiny feathers, resemble more tall, beakless birds.” 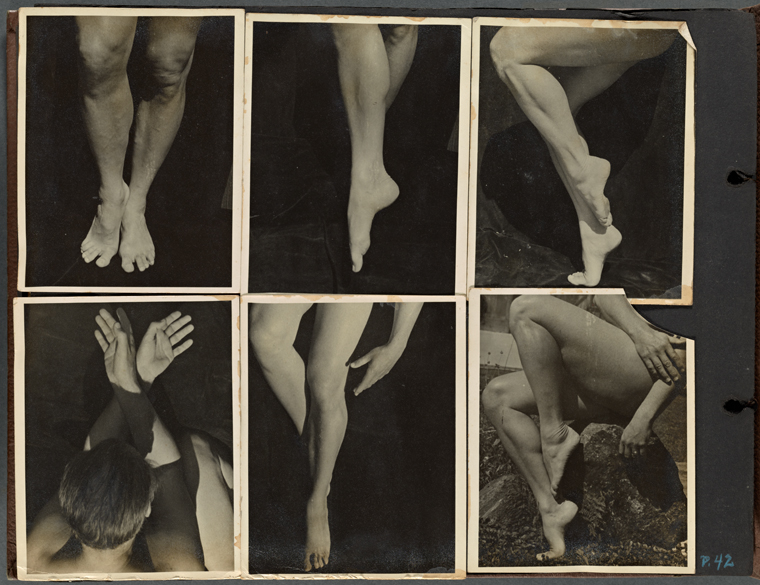 Three days after the rent was due Renata Three and Tito Papel spread their money out on the rug. They shared a bottle of Andre as Tito Papel counted the money, then Renata Three counted it again, then together a few more times to be sure. After a moment of deep concern, they figured if they were already $180 short, another twenty or thirty wasn’t going to hurt, then decided on going out to meet their friends downtown after all.

The next morning, taking the trash out in the middle of the double she was working, Tito Papel saw the feathered angel. The feathered angel sat on a log with their wings tucked, eating a chunk of birthday cake somebody had thrown away, and that they’d fished out of the trash, no doubt.

“All right,” Tito said, “first of all,” and she pointed at the feathered angel’s cheeks and chin, “you’re getting it all over your face. Your feathers, and shit.”

“Whoops. My bad, sergeant. I’ll find a river somewhere and dunk my head in.”

Tito saw the feathered angel really chow down on the cake in a way she hadn’t seen since she was small, like at a kid’s birthday party, where none of the children knew how to eat cake yet without getting it on themselves.

People have notions of angels, that they look like people, Tito Papel had thought many times—and in many way this depiction of them is true—but what they never get right is their skin, which, with their tiny feathers, resemble more tall, beakless birds. Tito watched the way the tiny feathers around their mouth fluttered and acted as a natural napkin, cleaning their face of the old, hot orange icing.

“All right,” Tito said, “that’s enough of this. Look, my boss can come out here any time and kick you out again. Is that what you want? It’ll just embarrass both of us.”

“O, come on, Tito, you and me are cool now. I brought you that bottle of Jamaican rum last time.”

“Look—you coming out here, eating our trash, interrogating us at work. This is a bad insult for us.”

The feathered angel put the melting cake down and aside.

“How am I insulting you?” the feathered angel said.

“I mean, you follow a different divine, social order, than me, my coworkers, our girlfriends. Even a higher order than the prettiest face in this world. I’m working a double today hungover as hell because I’m short on the rent—plus the late fee. Meanwhile, you’re all up there in the clouds flying in the sky and shit. You don’t gotta pay rent to nobody. But here you are, messing with us, picking through our trash—”

The feathered angel gave up and said, “I see it your way now. I don’t know why I like to eat this stuff. I can’t even taste anything. Then again, I don’t even have the concept you do when I use the word ‘I,’ even. Nevertheless, I use this clunky language to communicate with you.”

“All right,” said Tito, “you don’t have to shame me for using this inferior language to talk. I gotta go back to work now, lunch rush’s almost up, and I’m gonna come back out here for a toke, so. Please be gone?”

Tito Papel and Renata Three made it through autumn more or less making the rent the same way together, then after the holidays decided to break up. But not before one more night of smashing disco balls, eating leg of mutton, and fucking—then they went their separate ways.

Tito had picked up a couple double shifts a week while looking for a roommate. During a toke break before her shift one cold day, the feathered angel was in the alley again, just sitting on a milk crate, wings peeking from their shoulders, not eating trash or anything disgusting.

“What kind of work do you do here, anyway? Eres bodeguero?” they asked, in Spanish.

“Like, is this a little bodega you work in?”

“Bodega? Are you from the fucking Bronx? Newsflash: a bodega is just a regular ass convenience store, where they can make you a sandwich. Right? Calm down with your bodega talk, buddy. Do you know where you even are, you are in Texas.”

“I know where I am,” said the feathered angel. “You know, the word Texas, what it means? Friend.”

“Well, it should probably mean absolute, crushing defeat. You wanna know another bit of useless knowledge? The French word chateau means girl. But, say, friend, you’re flying around, can you see anyone out there who is reliable and needs a place to live? I’m in deep need of a roommate.”

“Excuse me? What in good grace do you think I am here?”

“Well, I don’t know, you’re my guardian angel, no? Hovering around me at work—”

“Whoa, whoa. Guardian angel? Is that what you think I am, sergeant? An angel watching over you? Making sure you don’t screw up at every step?”

“I mean, I’m not saying you’re doing a bad job. Or necessarily that you’re even my guardian angel, but certainly somebody’s? And why wouldn’t you be useful like that to someone?”

“This may come as a regrettable surprise, but there’s something you need to know. The inherent egoism of your kind prevents you from seeing something: that the existence of my kind, or any living creature here, is not necessarily contingent with your own.”

“What the hell does that mean? Use people words—”

“You think my kind—and I use the term ‘my kind’ because it’s something you can understand—to use the true name of our kind would split your skull in half—exists for the benefit of your own? Like, we’re out here watching you and knowing everyone’s fates and such? That’s the egoism of your kind, friend. Thinking there’s living beings existing just for the benefit of your existence. I cannot feel being baffled, but I do believe that ‘baffle’ is a word that can be used to describe this—”

“Okay, I get it. I’ve had enough now. Going back to work. You win this round, feathered angel. You know, I’ve told people about you. I’ve even told all my friends back home about you. And you know what? It’s actually astonishing. Nobody gives a fuck. At most, they’ll say, ‘Oh yeah, feathered angel? Cool,’ and then look at you like you’re probably trying to prove you’re hot shit back in the city. But, really, you’re just talking about your life back here. Anyway, that’s all I got. Peace.”

Through a clever ad she uploaded, Tito Papel found a roommate, Liz, and celebrated by taking a few days off work and buying new pants and sneakers. Increasingly, she paid attention to the dog shadows that appeared around her day and night, but rarely did she ever see a dog casting them.

Summer was almost over and with a combination of wishful thinking, hustling, and luck, Tito Papel leveled out financially, though she was still always broke.

On her penultimate shift at the coffee shop, while taking out the trash and to have a smoke, Tito Papel heard a sound she didn’t think was from this earth—and in a way she was right, because there behind the bare-branched linden tree was the feathered angel, hunched over and retching.

Before asking anything, Tito noticed the tiny feathers around their face rippling with each facial contortion, and the rainbow puke on the ground before them.

“All right,” the feathered angel said, between retching and heaving, “just fell a little ill, that’s all.”

“Ill? Aren’t you a divine being? How are you sick?”

“I don’t know, sergeant. Maybe something I ate.”

The wings on their back went taut, then fluttered when the puke came, this time blue and yellow, and Tito stepped back.

“What kind of angel are you to get sick? Did you eat trash again?”

“What’s trash? The stuff in these bags, you mean? The ones you’re throwing out?”

“Yes, that’s garbage, and it’s bad. You shouldn’t be eating it, that’s like a basic rule here. I could get you some Pepto, but I’m not sure that would work with what you got.”

Tito looked at the puddle of green, blue, and orange oils the feathered angel had puked, and said, “On earth as it is in heaven—I guess I understand now.”

The feathered angel shook as if taken ahold by a viper fever, and genuflected. Tito Papel held their hand and glared at the puddle of puke, which didn’t have an odor. She wondered what kind of song a musician could write out of this. She thought of the devil, and how the devil is often depicted as a business-person, wanting to make the ultimate capitalist deal. When angels approach us—maybe—they are troubled beings themselves, like alcoholic old mates looking to make amends. And a goddess? How would a goddess approach us?

Months later, Tito Papel chose to skip going back home for Thanksgiving—she’d been invited by a coworker for a ‘Friendsgiving’ kind of thing with a bunch of strangers, and though she’d been inclined on not going, at the last minute changed her mind.

Upon arrival, Tito Papel was surprised to see Renata Three—and it took reassurances for their host to get over the initial awkwardness upon learning they were exes. Tito Papel saw how she and Renata Three had changed—they weren’t the kind of people to be too late on the rent any more. After a few glasses of wine, and the pheasants as the main course instead of turkey, Renata Three asked about the feathered angel—if Tito Papel still ran into them.

When Tito Papel responded, “Yes. Just the other day I saw the feathered angel puking their guts out in an alley,” Renata Three laughed—mostly, because she could see she missed Tito, maybe a little.

Fernando A. Flores is the author of Tears of the Trufflepig, published by MCD x FSG Originals, available for purchase here. 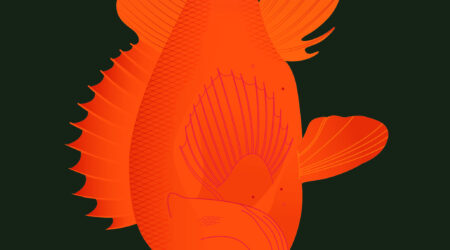 A Bite of Rockfish