In the Rarified World of Book Buying, Age is Still Valued Above Youth

The specialized world of rare book sellers has come into focus again thanks to the Oscar-nominated movie, Can You Ever Forgive Me? But although diminished by Amazon, high end book buyers cling on.

In her best-selling memoir, 84 Charing Cross Road, the American writer Helene Hanff captured a vanished world in which an English book buyer, Frank Doel, would hunt down obscure rare books to send to Hanff in New York. She, in turn, sent back food parcels to offset the scarcities of Britain’s wartime rationing. The resulting friendship, bonded by a love of books, lasted decades, although Doel and Hanff never actually met. He was dead by the time she finally made it to Charing Cross Road in the summer of 1971.

It’s hard to imagine such an affecting and resonant memoir coming out of today’s book buying world — in which most bibliophiles simply type their wish lists into Amazon’s search engine. But remarkably a few book buyers still exist, usually at the higher end of a market that has somehow managed to retain a devoted collector clientele. One such buyer is Bernard Shapero, who got the book collecting bug as a child hunting down old editions of Baedeker travel guides. “I remember going to a book fair in the late 1970s and finding one of the rarest Baedekers on the stand for £10,” he recalls. “I sold it for £100, and that was it — the jackpot.”

Today, a jackpot for Shapero, who operates a shop in London’s ritzy Mayfair, would include a few more zeros. He sold a 1476 atlas for $3 million to one client in the USA, and an early Bible, published just after Guttenberg’s famous edition from 1454, for $2 million. Not many customers are looking for such rarities, of course. “If 10 people in the world want a particular book that’s a huge amount of demand, and if there’s 20 copies of the book on the market that’s a lot of supply,” said Shapero. “It’s not like a Rolex.” As with most things, the field can also be subject to political and economic upheavals. Because of its rich literary history, Russia was a very big market for rare booksellers, but recent financial upheavals have dampened some of that enthusiasm, says Shapero.

And then there’s the impact of technology. “The great bookshops are dying out,” lamented Shapero. “The internet has pushed everyone onto the Cloud.” Yet beautifully-curated bookstores, like Livraria Lello & Irmao in Porto, Portugal, still hold on in cities around the world. The neo-Gothic splendor of Lello, as it’s more commonly known, is such a tourist attraction that the store now charges admission, while Librería Bardón in Madrid is a time-traveler’s dream, with 50,000 volumes lining the walls floor-to-ceiling, including “incunabula,” or books published before 1501.

Meanwhile, Hollywood’s Mystery Pier Books caters to celebrities like Johnny Depp who is said to have first editions by Edgar Allan Poe and Jack Kerouac among others. As Mr. Shapero pointed out, in the world of collecting, books is the only field that covers all subjects. “You can collect any subject, any period, in any language,” he said. “The beauty of the book world is that we have the ability to cater for anyone’s taste.”

But in contrast to art collecting, the pursuit of books is less about status and more about pure passion. C.D. Ross, a Mystery Pier book seller, said a big part of the pleasure of working there is witnessing the joy books bring to browsers. “Part of what I’m focused on is matching the appropriate people to the appropriate volumes,” said Mr. Ross, whose shop recently sold two complete sets of The Strand magazine, in which Arthur Conan Doyle’s Sherlock Holmes stories were first published. The 14 volumes dated from 1891 to 1909, and fetched a tidy $6,500. “I really want to see happy homes for books. We’re just a way station,” Ross said.

And Hollywood’s catapulting fortunes means that rare books might not stay hopelessly beyond someone’s price range forever. “We’ve seen people come in and look at a book and not be able to afford it, but then come back five years later as a writer of some renown, and say, ‘I’d like to buy that set over there.’”

The journey that books have made before reaching a place like Mystery Pier Books can tell a story, too. First folios of Shakespeare may show the marginalia of an 18th century actor. “One fellow who had seen our folio of Julius Caesar came to us a month or two ago,” says Ross. “Things were not going well for him, and he realized that he had not long to live, but he dearly wanted to give a gift to a friend of his who had always enjoyed that play.”

But should you trust that marginalia? In the tartly-observed Oscar-nominated movie, Can You Ever Forgive Me?, starring Melissa McCarthy and Richard E. Grant, the real-life writer Lee Israel finds a lucrative line in forging letters of famous authors such as Noël Coward and Dorothy Parker, and passing them off to gullible collectors. Although most of those forgeries were eventually found out, many are probably still in circulation. But then, who wouldn’t want an original Lee Israel? 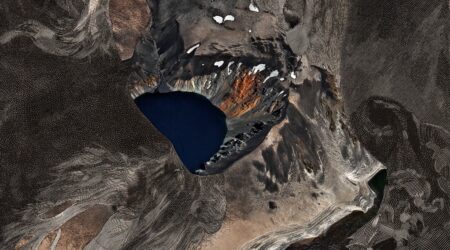 The Other Lady MacBeth

The Art of the Essay: Four Masters of the Form Discuss Their Craft